I saw a tweet today from Wunderbar Together asking people for their “favorite story of Germany.” 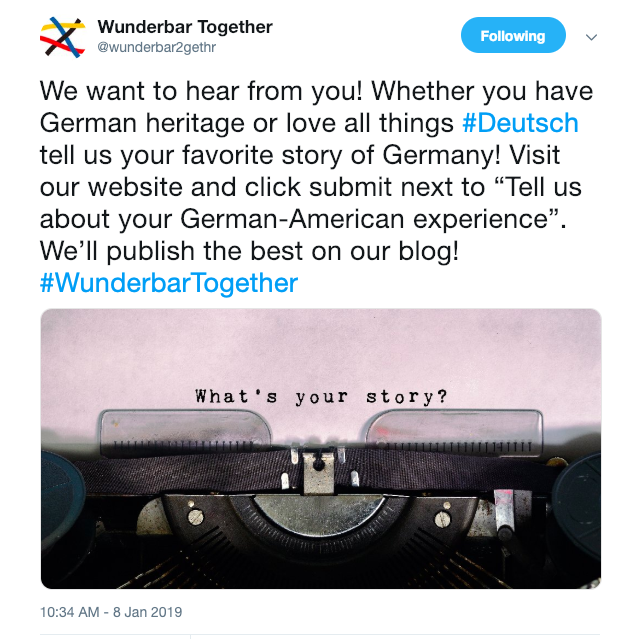 Seeing as how as it’s been over a year since I last wrote here, I thought this was a good way to get back into the swing of things.  So, here’s my story.  (Note: Parts of this have been adapted from a previous post.)

German-American Heritage
I am a proud German-American.  When I was fifteen years old, I researched my family history and was able to trace relatives to 18th-century Prussia.  On top of that, I took German classes through high school.  In fact, I was voted to be the next Dieter during freshman year.  That was the year the Berlin Wall came down, and while I watched events unfold on my tv, I didn’t quite grasp just how monumental they were.

Wackernheim, Germany
Fast forward to 1994-1995 when I was stationed in South Korea with the U.S. Army.  I requested to be stationed in Germany after my yearlong tour was done, even though it meant that I would be away from home for a total of three years (it actually turned out to be three-and-a-half years).  While I was there (Nov 1995 – May 1998), I was stationed in Wackernheim, close to Mainz.  I was able to see Gutenberg’s Bible, beautiful churches and other buildings hundreds of years old, and eat Currywurst mit Pommes.  At one point two of my friends and I travelled to Berlin where I was able to see where the Wall used to stand and the Brandeburg Gate.  Unfortunately, I misplaced all three rolls of film from that trip, so I have no photos, just memories.  We also had the opportunity to take a day trip to Trier and were able to explore the ancient Roman ruins.  What I enjoyed the most, however, was speaking the language.  I was one of the few guys who spoke German, which means I had plenty of opportunities to translate.  When our German friends spoke English, I tried to speak German.  I loved it.  Unfortunately, after I left Germany, I never really had a chance to speak German again…until 2012.

Our Sister School
The German teacher at the high school where I teach developed a relationship with some teachers at GS Solms, and eventually set up an exchange program.  In the fall of every other year, the two German teachers and 20-30 of their students come here for two weeks.  Each student has an American counterpart with whom they stay, the female German teacher (Astrid) stays with my colleague, and fortunately for me, the male German teacher (Martin) has stayed with me for the last three trips.  In the spring of the school year, we go over to Germany and stay with them for two weeks.

The first time I went (2012), was much different than when I was in the Army because I was now educated and had taught European history for nine years.  I gained a much greater appreciation for the history and culture of both Germany and Europe.  So when I saw what used to be a checkpoint between the former BRD and DDR, not only did I think about how Germany had been reunited, but also how Europe had been somewhat reunited after the Eastern Enlargement.  At the Haus der Geschichte der Bundesrepublik Deutschland in Bonn, I saw relics of the Nazi period and the GDR, but I also saw a copy of the treaty establishing the European Economic Community.  All I could think of when I saw that was that despite their troubled past, Europeans (or perhaps more precisely their leaders?) thought about cooperating to prevent that from happening again.  They were willing to look beyond their differences and work to build a better Europe for future generations. 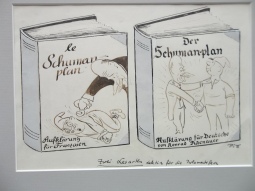 It was also during that trip that Martin took us to an Eintracht Frankfurt match.  I’ve been hooked ever since, and I am still waiting to go back for another match.  (Side note: They’re one of the hottest teams in the Bundesliga and the Europa League this year)

Martin has since become a very close friend.  He is patient with me when I try my German, although I am always nervous to speak with him because of how bad it is now.  Nonetheless, I plug along, and he has no problem correcting me.  His wife is also understanding of my ineptitude, and she is always willing to help me (and feed me wonderful brötchen and other delicious breads and pastries).

I have now been to his home three times in Niederbiel, and each time I love it.  I would even go so far as to consider it my home away from home. 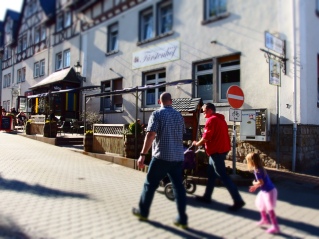 The last time I was on the exchange (2016), Martin took me to Leipzig, a city rich with history.  I got to drink coffee in one of the oldest cafes in Germany, see the sites from 1989, tour the Monument to the Battle of Nations, and see remnants of the old DDR (Plattenbau). 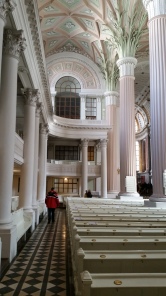 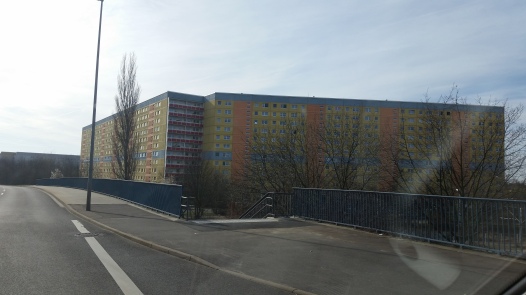 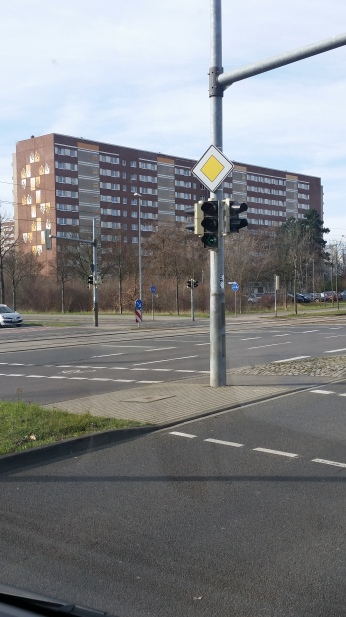 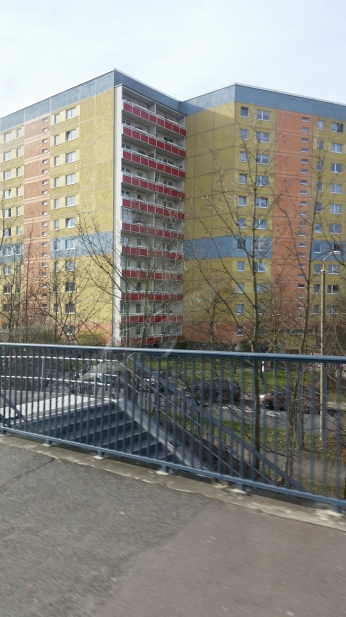 NCSS 2018
This December I had the privilege of working at the booth for the Delegation of the EU to the US at the National Council for the Social Studies annual conference.  My role was to talk to teachers about how they could bring the EU into their classrooms.  As luck would have it, the German Embassy’s booth was next to ours, and next to them was the booth for Wunderbar Together.  Of course, I took the opportunity to speak my limited to German with Anke and Steffan of the Embassy.  Similar to my good friend, Martin, they were also patient with me. 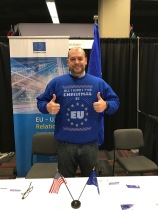 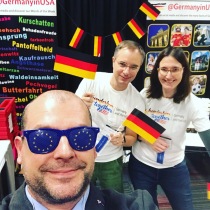 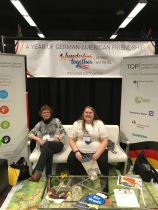 Sidebar: As you can imagine, with over 4,000 attendees, this was a great opportunity to reach teachers of all grade levels and a variety of subjects (i.e. history, geography, economics, and government).  As I watched Anke and Steffan interact with visitors, I noticed that many of the social studies teachers were asking to take back the embassy’s items (i.e. posters, maps, booklets, etc.) for their German language colleagues.  What surprised me was that they were the only embassy with a booth at the conference, and I thought about how this was an excellent opportunity to amplify any embassy’s reach (two different types of teachers- social studies and foreign language) at just one event.  Since a majority of the high schools in the US offer French and Spanish to their students, I think it would be smart of both the French and the Spanish embassies to consider having a booth at next year’s National Council for Social Studies annual conference in Austin, Texas.

Conclusion
I hope that I have conveyed to you why I feel such a strong connection to Germany.  I could go on and on with stories of my experiences, but I don’t want to bore you or turn this into a slideshow.  Needless to say, Germany is part of my identity, and I have cherished every moment spent there.